This week has been beyond screwed up. I think it started when I was at Adam’s Sunday night, only intending to stop up for a bit, I left about 11:45. When I got into my car I noticed the radio didn’t work, but it was late and I just wanted to get home and sleep. I tried turning it off and on, then I used the auxiliary jack and my phone synced up and music played. I texted Adam a bit worried but decided to just keep on heading home.

As usual, he offered to play hero if I needed him. I made it home fine. When I turned the car off and then back on, it was back to working just fine. Could be a fluke, I’m thinking it’s more like a short. My speakers don’t always all work; and when the other ones come on, you realize what you’ve been missing! I really just need to get my car in for a tune up. I’ve got a recall thing that needs to be looked at… but I’m lacking the time. I need to make the time.

I got home safe about 12:20 and somehow was up til after 1. I’m rarely up past midnight on a work night; but it seemed to have stayed that way all week. I think my body was just used to it. I’m hoping to remedy that this weekend and get back on to a bit of a schedule.

I had a busy week outside of the day job. Monday there as an online chat with some Scentsy leaders (The GLOW) and then Tuesday my group had a similar online chat that we have each month. I look forward to these so much every month. They truly  help my business.

I managed to finally get my office in order, and somewhat organized. I had 4 extra wooden crates. My Dad has made me one tall shelf with the 8 I had previously  and then I had him make another smaller; half size one. We had the stain and he has the 10 minutes it takes to screw them together. 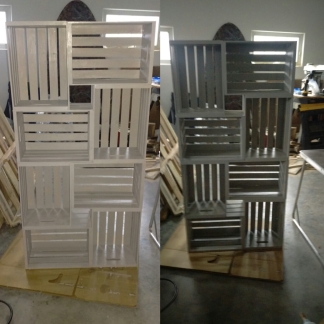 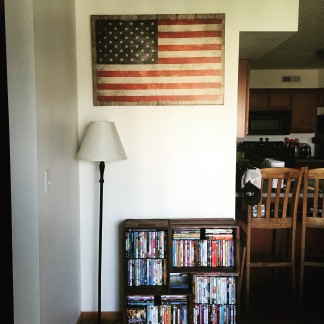 The photo on the left is the tall one Dad built me (just a photo of it with the light on in the garage and the light off) and the photo on the right is the small one my cousin made for me; Dad is building me another one like that, same grey color to match the other one in my office!

Since my Dad retired a little more than a year ago, he’s been doing all sorts of fun projects like this. He’s always loved to do stuff like this, but now he has more time to do so! Next on his project list, he is going to build this for me: 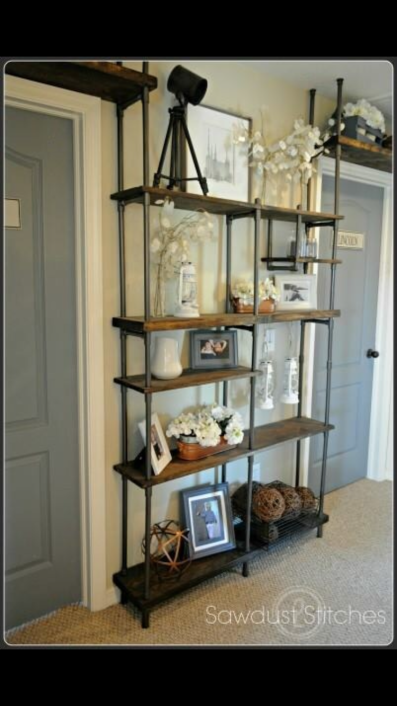 He found it on Pinterest and wanted to know if I’d like it! I love it, I’ll put it under my TV that’s mounted; and it’ll be pretty useful! I’m anxious for it to get done. Mine won’t be as tall, but same concept!

I’m off tomorrow; pretty excited about an extended weekend. We’re heading to Des Moines to see Waterloo Revival. I’d say for at least a year, they’ve been on our #ConcertBucketList and now they are going to be close! Even if it’s 2 hours away. Then Saturday Cody Hicks playing at Herbert Hoover Hometown Days. It’s the “rival” town (West Branch) of my hometown (West Liberty) and it happens to be President Hoovers birth place. He’s buried there and every year on his birthday there is a celebration!  It’s always nice when Cody and crew are close!